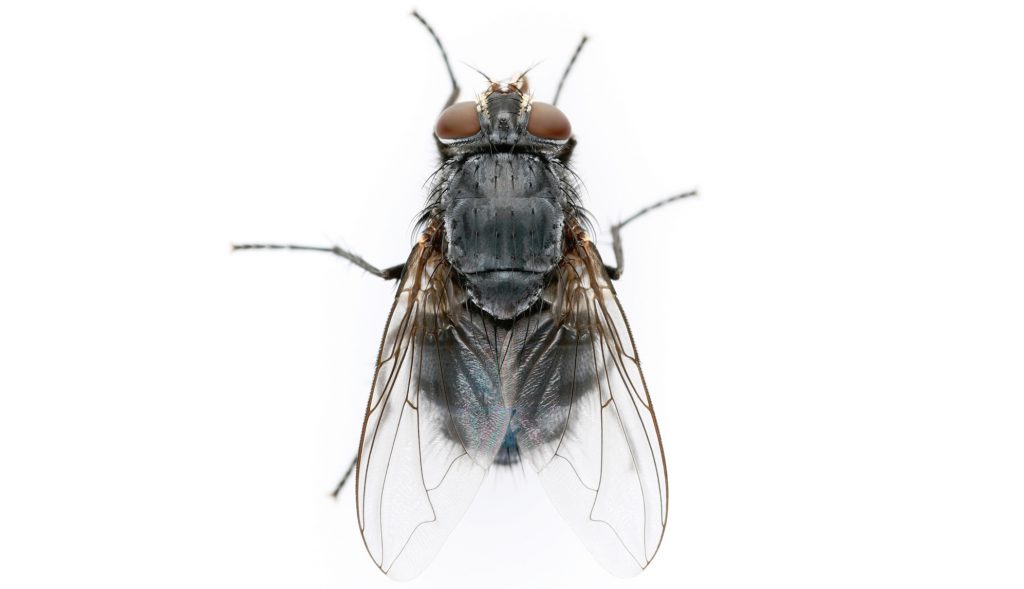 Found in northern countries such as in North America, Canada and Northern Europe. They are commonly found in the UK.

They are fairly large flies and can be up to 10 mm in length with a wingspan up to 20 mm. They have large reddish compound eyes with yellow/gold hairs covering the thorax and yellowish/black bristly abdomen.

The female lays eggs in loose damp soil, especially around earthworm burrows. The eggs hatch in about a week and after emerging, the larvae (which are parasitic) search for earthworms to enter and develop within over a period of several weeks. They eventually leave the body of the earthworm to pupate in the soil.

Adults live outdoors in the summer months feeding on the nectar of flowers. It is a large and slow flying, which gives it the appearance of being lethargic or listless. It becomes a real nuisance when entering buildings to hibernate.

Can be a major nuisance infesting buildings in large numbers, sometimes in their hundreds or thousands in autumn to overwinter.

How we control Cluster Flies

The control of cluster flies is problematic. However, when in loft or roof spaces it is possible to remove them mechanically by using a vacuum to remove the adults or applying an insecticide by space spray or smoke generator. This travels within the air space knocking down and killing the overwintering adults. However, this cannot be used if there is the possibility of bats being present.

If you require any advice or a no obligation quote for our Insect Pest Control Services, please feel free to contact us...